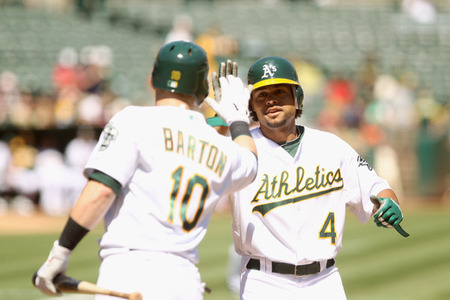 
Coco Crisp will not be a part of the Washington Nationals 2011 OF.

Today, Crisp announced via his Twitter account that the A’s had picked up his option for the 2011 season.

Coco_Crisp I'm happy, I just found out today that the A's are picking up my option for 2011.

Besides losing out on a great nickname, the Nats will also miss out on what would have been one of the top OF’ers available in the 2010-2011 FA class.

Now that the talent pool has been thinned a bit, it will be interesting to see where Mike Rizzo turns for that extra OF bat. Do the Nats pony up the money it will take to sign a Jayson Werth or a Carl Crawford, or will they go dumpster diving and hope they can fix the approach of someone like Rick Ankiel?

Only time will tell. So pull a chair up to the stove and get comfy, things are about to get hot, and in a hurry.